“What has been will be again, what has been done will be done again; there is nothing new under the sun.” (Ecclesiastes 1:9)

Essentially, these men said that nothing about human knowledge is new. Even the modern innovations that wow us today are merely one person taking what was learned before them, applying it in new ways, and taking the next logical step of progress. In other words, “there is nothing new under the sun,” and everyone, “stand[s] on the shoulders of giants”.

Writers are unique, in that they are jacks of all trades and masters of one. Writing is our master skill — the ability to take knowledge and insight on an incredibly wide range of topics and make it interesting, relevant, insightful, and educational to others. But rarely are we masters of any of the subjects we write about. We depend on good research for information, and then apply the skill of good writing to create something “new”.

In reality, what we write is not “new”. I know nothing about the subjects I write about apart from studious research. I have no prior knowledge and experience in the pool and spa industry, yet I am expected to write on an expert level on this subject daily. I could not do so without lots and lots of thorough research, which means I read a lot of articles by people who do know, and apply that research to my writing at The Get Smart Group.

Great! But, what about Copyright Law? 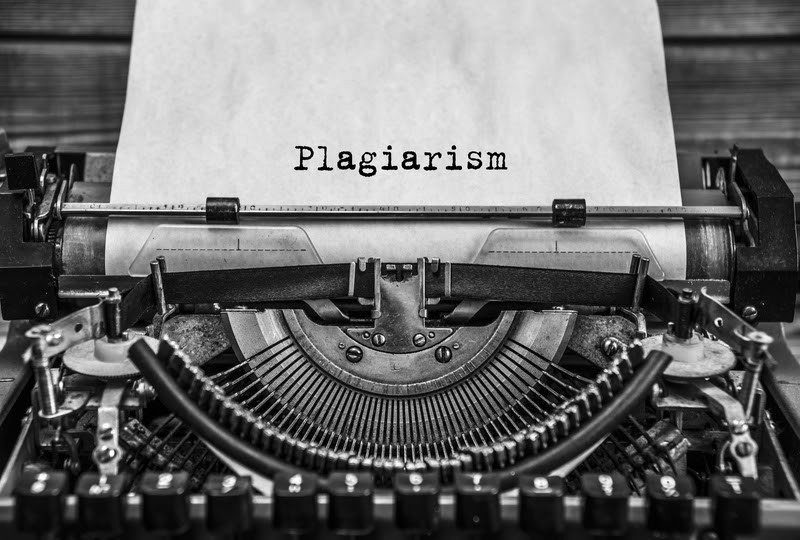 Ahhh, the Devil is in the details, is he not? Copyright law was established to protect the writer. Wizards of words like Hemingway, Steinbeck, Fitzgerald, Baldwin, and Alcott need to be able to earn a living from their creative works. Copyright law prevents someone else from copying their work and essentially stealing their livelihoods.

Stealing from a writer is no different than stealing from a merchant. Going into Sam’s Hardware on Main Street and lifting his one-inch nails without paying is wrong because you’ve taken his means of livelihood. A writer’s only marketable wares are the products of his/her efforts writing. Taking this without paying is the same principle as swiping Sam’s nails.

As we know, copyright law protects not only the writer, but any rightful owner of written work, and includes intellectual property. If you are paid to write for ABC Backyard Pools, they own the copyright. You forfeit your rights by selling the piece. But the copyrights do not go away — those are merely transferred in ownership from the writer to the commissioning agency. When a company or marketing agency buys your work, ownership is transferred to this organization. In turn, when the agency sells it to a client, the work becomes the property of that client. Did you know that when a client leaves, The Get Smart Group submits all work created on their behalf to them? That’s because they paid for it, and they own it. We may produce thousands of pieces like it, but that particular copy belongs to the purchaser.

Without going into a bunch of legalese, intellectual property is the thoughts and ideas behind the actual written word. Let’s use the examples here: I have quoted a few different sources. I used their exact words, verbatim. BUT, I used quotation marks and citations. I didn’t try to pass off the words or thoughts of Solomon or Newton as my own.

Take it a step further. If you read this email, and then write a piece on copyright law, you might use some of the same ideas. You might even use one or two of the same examples. But if all of the references, quotes, and ideas are the same, you haven’t used my work as research. You’ve stolen it. I didn’t try to convince you that the concepts behind Ecclesiastes or The Principia were mine. I merely used parts of what they wrote to illustrate my own point, fully citing their actual words and thoughts. This is where all the black-and-white gets a bit fuzzier. But we can always determine right from wrong by applying a few simple tests, which I will describe below.

What’s the big deal with copying something we need to write an article? 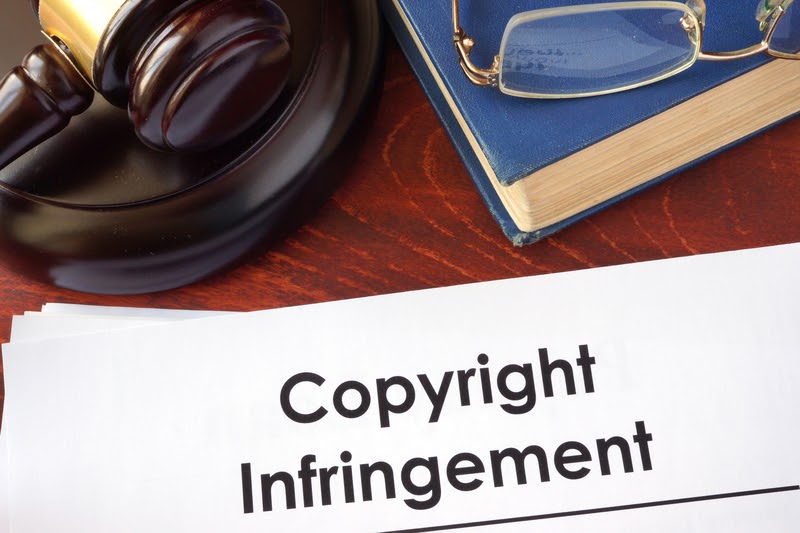 Think about it: when did you ever hear, “so-and-so was cleared of all charges” and actually stopped questioning whether or not the accused was innocent? Nobody stops thinking they did it. They only believe the accused skirted the law. OJ Simpson, Michael Jackson, Snoop Dogg– the black clouds of suspicion follow them, even after an acquittal in court. Plus, their pocketbooks are significantly lighter after all those legal fees!

Did you know, you can even plagiarize yourself? This is why many companies have their employees sign non-disclosure agreements, non-compete clauses, and require that any intellectual property developed while the employee is working on behalf of the company automatically belongs to the company upon severance of employment. In other words, you can’t take the blogs or Facebook posts you write for one agency’s clients and sell those to any other entity. Not now, and not when you are no longer working there. You can use what you learn during your research to produce content elsewhere, but you cannot use what you’ve written for anyone else.

(Interesting illustration: Steve Jobs and Apple totally stole the concept for the mouse from Xerox. Jobs hired the Xerox designer, made it less pricey and more functional, and BAM! Apple swipes the intellectual property of the whale Xerox, changing the landscape of the personal computer market forever. Can you imagine how much loss in revenue this meant to Xerox? Unfathomable.)

Let’s say that you write a piece for Stan’s Spas. You’re in a huge time crunch, and you also have an article due for Pete’s Pools. You cannot use the same article for both! You CAN use your same research notes and craft an entirely unique piece for Pete. And never, ever, under any circumstances can you lift copy (in whole or in part) from the internet and use it as your own, or even as a part of your own article, unless you fully cite it. But you cannot cite a competitor, because Stan doesn’t want to tell his customers that the info came from Pete. Both Stan and Pete paid for your work, so both deserve equal originality, creativity, and results.

Interesting Note: Online plagiarism checkers can identify as few as four words copied and pasted from another source.

Identifying the Line Between Plagiarism and Legitimate Research 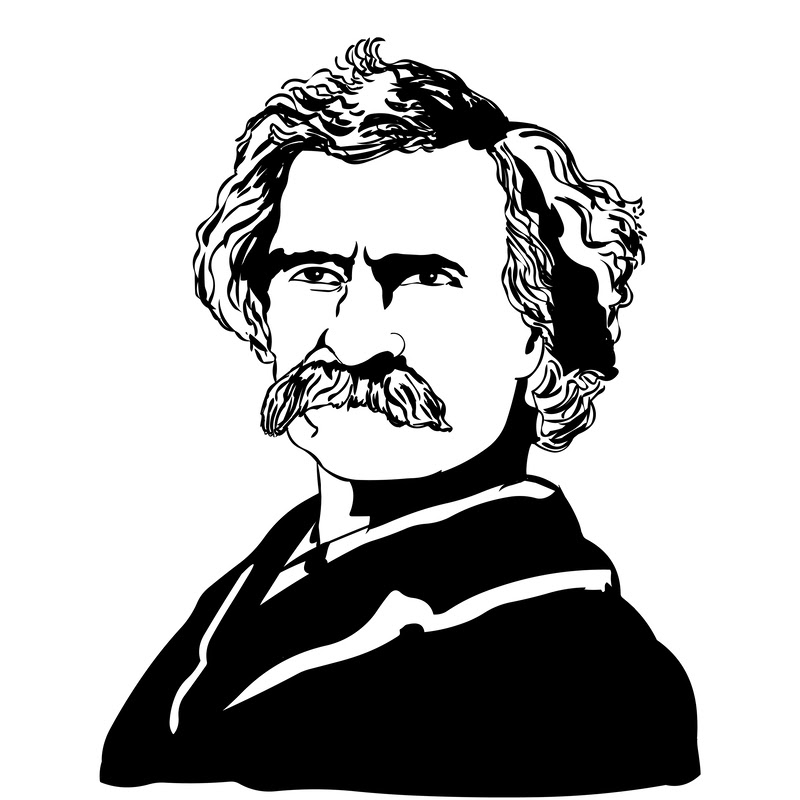 As writers, we must always be conscious of the clear line between our essential and legitimate research versus plagiarism. We must never step across that line. After all, we aren’t Snoop Dogg, and Martha Stewart isn’t going to sign a big, fat contract with us if we smear our careers. I’ve identified a few questions that you can ask yourself with each written piece you produce:

Some tips I’ve found helpful personally to make sure I’m on the right side of copyright law:

I will leave you with the words of Mark Twain, himself an avid borrower of the thoughts and ideas of others, and no stranger to accusations of the evil of plagiarism:

“For substantially all ideas are second-hand, consciously and unconsciously drawn from a million outside sources, and daily use by the garnerer with a pride and satisfaction born of the superstition that he originated them; whereas there is not a rag of originality about them anywhere except the little discoloration they get from his mental and moral calibre and his temperament, and which is revealed in characteristics of phrasing.”

Twain on, my friends!

How Social Media Marketing is the New Window Shopping

Fill out this form and we will schedule time to hear about your business and what you would like to see improved.

We understand how tough it can be to wrap your head around digital marketing.  With all of the different services available, the variety of software… it is a lot to digest! Here at The Get Smart Group we are happy to provide free consultations to answer any marketing questions about your business.  Simply fill out the form below and we will be happy to get something scheduled.