The Day Everything Changed a Year Ago

Home » Blog » The Day Everything Changed a Year Ago 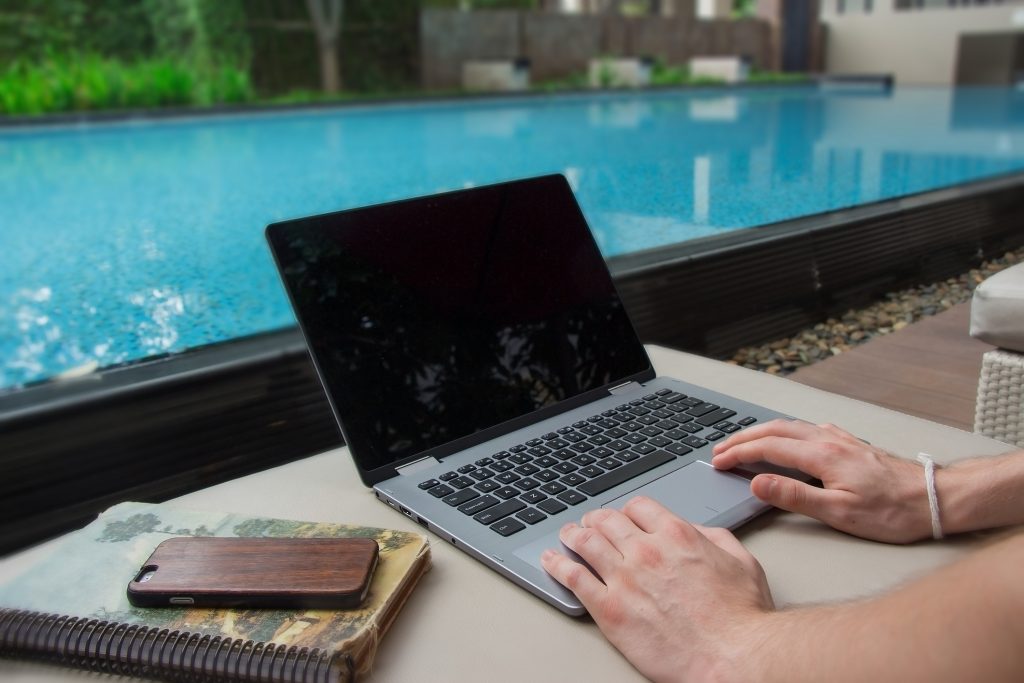 One year ago today (Friday the 13th), all of the California employees of The Get Smart Group gathered at the home office in Angels Camp to have the opportunity to work together for a day. Little did we know it would be the last time we would see each other in person for over a year.

That afternoon we received notification that the Coronavirus had been escalated to the level of a pandemic. California issued a stay-at-home order. As we left the office that day, everyone said their goodbyes and grabbed what we thought we’d need to work from home for a “couple of weeks.”

My stop at the local supermarket proved that panic-buying was rapidly setting in. Toilet paper shelves were empty, sanitizer was nowhere to be found, and the frozen food aisles were thinning out quickly. Lines at the gas station formed out into the street and lines at the ATMs were equally as long. The demand for N95 masks skyrocketed and their online prices doubled and tripled from just the week before. The uncertainty of what would happen and what we would not be able to find in the coming weeks created a chaos that most of us had never experienced.

Meanwhile the narrative kept changing. Wash your groceries, wear gloves at the gas station, don’t touch anything, leave your shopping bags outside for 2 days before bringing them into the house (I had visions of raccoons eating my produce in the middle of the night), sanitize anything you could get your hands on and, whatever you do, don’t lick the shopping cart! No one was certain how this virus was being transmitted a year ago so anything and everything was a possibility.

But human nature being what it is, we began to adapt to The New Normal. Parents learned to homeschool, not by choice but by necessity. Home offices developed and became more than just working at the kitchen counter. The definition of work-life balance took on new meaning. Starting a load of laundry 2 minutes before a Zoom meeting suddenly felt like a perfect solution. And home and family life began to develop in ways that were least expected. Hair got longer and homemade meals became the norm… so did the extra 10 pounds!

We bounced around a few times between “do this” and “don’t do that” as we waited for someone/anyone to tell us how long this would go on. Our social world took on a new face – a face of decorative masks where we learned to use eye contact to see if someone was smiling. But sadly, just about everyone heard of someone they knew who suffered with the virus in one way or another.

And then, when most people felt close to their breaking point, the word of the vaccine emerged. And suddenly there was hope again. The Dread Pirate 2020 with all of its mishaps might finally be put to rest.

So here we are one year later – grateful for science that has vaccinated almost half the population with more to come. People waiting in line for the ability to kiss and hug the ones that matter most. The emotional rollercoaster is nearing the platform. How much have we changed through all of this? How many of our old ways do we want back? And how will life look as we move through the years to come? For those of us who survived, our names will be recorded in history. We’ll have quite the stories to tell!

And as for The Get Smart Group, it was one of the busiest years in our 12-year history. We developed online stores for our clients whose doors were closed to the public. We watched the inventories of spas and pools across the country diminish in the blink of an eye as people began focusing on the comforts of home. Each member of Team GSG rose to the occasion and gave it their all as we partnered with our clients to create new solutions in a changing world. Imagine what we might do for you!

Trouble Communicating in a Remote Workforce? Let’s Sniff This Out …

Fill out this form and we will schedule time to hear about your business and what you would like to see improved.

We understand how tough it can be to wrap your head around digital marketing.  With all of the different services available, the variety of software… it is a lot to digest! Here at The Get Smart Group we are happy to provide free consultations to answer any marketing questions about your business.  Simply fill out the form below and we will be happy to get something scheduled.